Visit to the Jail Doesn't Go As Planned 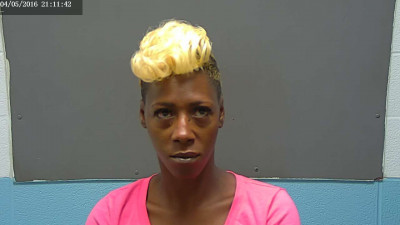 At approximately 7:30 p.m. last night, deputies responded to the Parish Jail on Campo Street in Amite, LA regarding a vehicle occupied with an unrestrained child. Upon making contact with the driver, 37 year old Monica Doughty, she stated that she was at the jail to visit someone who was incarcerated. To further investigate matters and ensure the well-being of the child, deputies asked Monica to exit her vehicle. Instead, Monica put her vehicle in drive and attempted to drive away.

Subsequently, Monica was quickly detained and a free air sweep search around her vehicle was conducted by TPSO K9 Jaxx. As a result, Monica was charged with Possession of Marijuana, Possession of Drug Paraphernalia, Child Endangerment, Introduction of Contraband into a Penal Facility and 4 outstanding warrants.