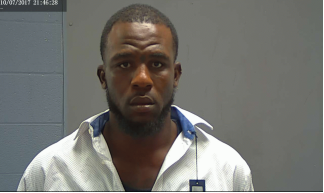 On October 11, 2017, 29-year old jail resident Eron Wheat reported that he was possibly raped in the Tangipahoa Parish Jail. Wheat claimed that he was assaulted, passed out and when he came to -he thought he could have been rapped.

After an extensive investigation into these allegations, Detective Terry Lane could find no evidence or witness testimonies that confirmed the incident ever occurred.

Wheat ended up confessing the claims he was making were false and he was just attempting to get moved to a different dorm.

Wheat, a convicted felon who served 12- years on previous unrelated charges, landed himself back in jail on a burglary charge and outstanding FTA’s warrants. As of today, filing a false police report has been added to his rap sheet.

Sheriff Edwards takes the filing of any false report very seriously. What makes this particular case especially heinous is the offender's willingness to exploit the Prison Rape Elimination Act (PREA) to simply get another bedroom. His actions may make it even more difficult for those who may actually be sexual victims to come forward.