Let's get this guy! 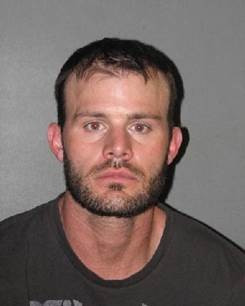 While investigating a series of thefts that have occurred throughout Tangipahoa Parish over the past two weeks, detectives were able to identify 34-year-old Comer as a prime suspect. Comer is believed to have stolen property from residents that were left unsecured and unattended from under carports and open porches. The suspect seems to be acquiring items such as- ice chests, hunting equipment and lawn/garden equipment.

Many of these items have already been recovered as the result of great police work by the TPSO. Recovery of these items occurred when detectives were led to a source attempting to sell our resident’s stolen property outside of confines of Tangipahoa Parish.

“It's the time of year when people are enjoying being outside and they just leave their stuff out - lawn equipment, their outdoor equipment, chainsaws, weedeaters, lawnmowers. They'll leave it there [thinking] it’s safe. They come back later and it's gone,” Sheriff Edwards said. It can only take a few seconds for thieves to grab even large items from your yard. “There are people that just drive around, and that's what they do, looking for things to take that are unattended,” he explained.

The TPSO’s philosophy to keeping your items safe is "out of sight out of mind" anytime you aren't using your equipment, especially at night time. This crime doesn’t only affect the victim; it creates an economic impact as well.

The Tangipahoa Parish Sheriff’s Office currently has active warrants for Comer for possession of stolen property and theft by fraud. Anyone knowing his whereabouts is asked to contact Crime Stoppers at 800.554.5245.