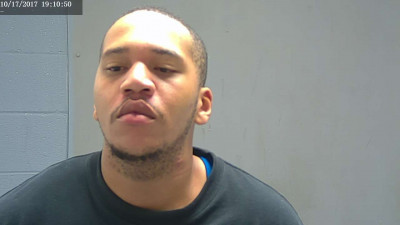 23-year-old Percy Molton, Jr. was arrested and is now behind bars for a home invasion that occurred on October 3, 2017, on Tillman Rd. in Hammond, LA.

After being taken into custody on October, 17, 2017, Molton subsequently confessed to allegedly entering an occupied residence armed with a knife. Molton Jr. also made statements of being under the influence of narcotics at the time of the offense.

Molton Jr. additionally was discovered to have two failure to appear warrants for his arrest from 21st Judicial District Court Division “B”. Molton Jr. was booked in to the Tangipahoa Parish Jail accordingly, with a hold for probation & parole.