We know who you and you're BUSTED! 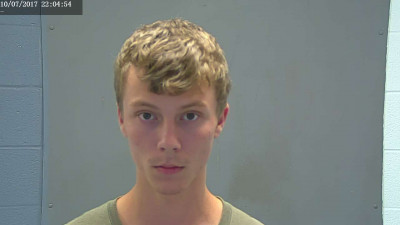 20-year-old Tickfaw resident thought he got away with passing a fake $100.00 bill to a grocery clerk – but guess what? No way, not here, he got BUSTED!

NATALBANY, LA – (October 11, 2017) – 20- year- old Vance Tomlin of Tickfaw was arrested over the weekend for passing a counterfeit one-hundred dollar bill at a Natalbany grocery store.

The incident occurred on October 6, 2017, when Tomlin used a fake $100.00 bill to pay for purchases a local food mart. In a supplemental investigation conducted on October 7, 2017, video evidence from the location captured a white male suspect - identified as 20-year-old Tickfaw resident Vance Tomlin – on camera completing the fraudulent transaction.

Financial Crimes Detective Travis Pitman obtained an arrest warrant for Tomlin which subsequently led to a search of his residence. A little after 8:00 p.m. on Saturday, Tomlin was taken into custody.

Tomlin was charged with L.R.S.14:72.2 relative to Monetary instrument abuse, narcotics violations and L.R.S.40:966/E relative to possession of Marijuana.

The Financial Crimes Division with the Tangipahoa Parish Sheriffs Office would ask anyone in the community with information surrounding the manufacturing or passing of counterfeit currency in Tangipahoa Parish to please call (985)902-2031. Sheriff Edwards is also encouraging businesses to check for the watermarks and lines that are on real $100 bills.