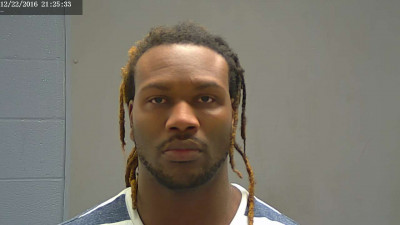 HAMMOND, LA – (October 23, 2017) – In early June of 2017, The Tangipahoa Parish Sheriff’s Office Financial Crimes Unit began investigating a compliant of bank fraud, forgery and monetary instrument abuse. In the investigation a citizen reported that an unknown person(s) had utilized ACH Banking Information including routing and account numbers to apply a payment in excess of three hundred dollars to a cell phone bill via the internet, additionally reporting a check in the amount of five hundred dollars had been cashed without the account signer’s authorization or signature.

After a through investigation into the allegations, Financial Crimes Detective Travis identified 25 y/o Gretna, Louisiana resident Jeremiah McGhee as the suspect in this case. Detective Pitman obtained three arrest warrants for McGhee for the following charges: L.R.S.14:71.1 Relative to Bank Fraud, L.R.S.14:72 Relative to Forgery and L.R.S.14:72.2 Relative to Monetary Instrument Abuse.

Sheriff Daniel Edwards and his Financial Crimes Unit would like to express there is a zero tolerance for those persons who engage in financial related crimes. We are highly capable of tracking down the suspects in types of crimes and are fully willing to bring them to justice.

Anyone with information as to the whereabouts of 25 y/o Jeremiah McGhee is asked to please contact the Tangipahoa Parish Sheriffs Office Financial Crimes Unit at (985) 902-2031 or Crime Stoppers at 800.554.5245.