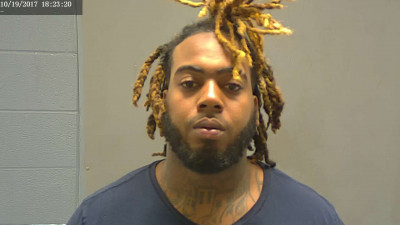 Yesterday was a good day for the honest, hard-working citizens of Tangipahoa Parish, but not so much one local drug dealer.

HAMMOND, LA – (October 20, 2017) – Yesterday afternoon, 23-year-old Marcellus Washington of Hood Rd. was taken into custody and charged after a traffic stop led to the discovery of approximately “8 ounces” of marijuana. Washington was consequently charged with possession with the intent to distribute marijuana, possession of drug paraphernalia, and a traffic violation.

To give a little perspective as to the significance of this arrest and what it truly means [to you] - we’re going to break it down for you - because c’mon, 8 ounces of marijuana isn’t a whole lot, right?

Therefore, it’s likely that Washington was either planning to stock- up his hurricane preparedness kit or allegedly planning to sell the marijuana on our streets to our people – people we may know or maybe even love.

Basically, yesterday’s arrest of 23-year-old Washington stopped about 800 -marijuana cigarettes or 240- blunts from being distributed and/or illegally sold in Tangipahoa Parish.

All in a days work! GREAT JOB, TPSO!