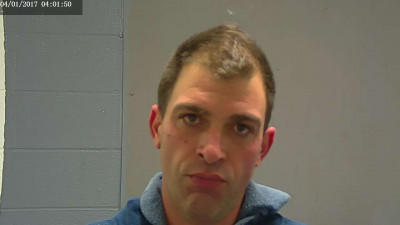 On April 27, 2018, the Tangipahoa Parish Sheriff’s Office responded to the theft of a Ford F250 King Rancher from the Robert community. Later that day the vehicle was recovered in the woods off Harvey Levin Extension. Jewelry, tools and an ice chest where stolen from the vehicle. Subsequently, the suspect left the vehicle and traversed the woods coming out on Byers Road off of Hwy 22 in Robert.

Two houses on Byers Road were burglarized and another vehicle was stolen from one of these residences. Patrol Deputies located the second vehicle and the suspect on Brickyard road in Ponchatoula. The suspect Laonce Parsons (W/M 07-09-1977) of Ponchatoula was arrested on two counts of possession of stolen property (Felony) and booked into the Tangipahoa Parish Jail.

On April 28, 2018, Tangipahoa Parish Sheriff’s Office Detectives on a follow-up investigation developed witnesses and video surveillance leading to additional charges of two counts of auto theft and a single count of residential burglary. Upon interviewing Parsons he assisted detectives in locating other stolen property he had been responsible for stealing. The recovered stolen items included a moped, tools and a set of yard games. These items were returned to there rightful owners. This case is on going and additional burglary charges are expected.