Man Arrested in Hit and Run 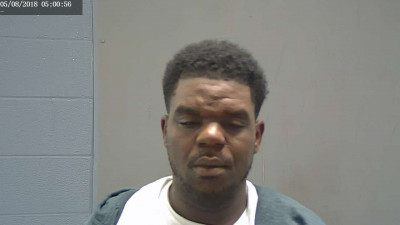 25-year-old Hammond resident accused of killing a 5-year-old in a hit and run.

A 5-year-old boy was struck and killed yesterday evening in a hit-and-run crash near the intersection of East Park St. and Simpson Place in Hammond. The incident occurred around 7:15 p.m. when a black 4-door-Nissan Sentra fatally stuck a young child, leaving him lifeless lying on the side of the road. Witnesses state that after hearing the loud crash, they observed a black male exit a black Nissan Sentra, walk around the vehicle assessing it for damages, and then reenter the Nissan before fleeing the scene.

When deputies arrived, they observed the small child lying on the ground motionless and immediately began CPR. Acadian Ambulance Services quickly arrived and took over the life saving efforts before transporting the child to a near by medical facility. Later that evening, the child succumbed to his injuries sustained during the crash.

Over the course of investigation, the Hammond Police Department received information that identified 25-year-old Davonta Abron as a possible suspect in this case. Subsequently after further investigation, Abron was taken into custody at his residence around 2:30 a.m. this morning and charged accordingly.

Details surrounding the incident are still under investigation at this time.