Bee On the Look Out 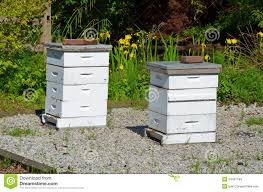 Take the Honey and Run! Bee on the lookout! TPSO looking for local beenapper(s) with sticky fingers.

HAMMOND, LA – (April 17, 2018) - The Tangipahoa Parish Sheriff’s Office is asking the public’s help in finding stolen bee boxes and identifying the criminal(s)responsible for stealing them.

On April 6, 2018, our office received a complaint from a resident in the area of Hwy 442, of Tickfaw, LA. stating that five (5) of their bee boxes –containing 10 frames of bees each- were taken from their property. These boxes are used to raise honey bees and harvest honey. The boxes contained colonies of bees along with an unknown quantity of honey.

The sheriff’s office received a second complaint on April 16, 2018, from a resident in the area of Bankston Rd, Hammond, LA. In this complaint, there were six (6) bee boxes and one (1) swarm box containing five (5) frames of bees, stolen with the same contents.

In both of these cases, the honey harvested is used to supplement the families income. Subsequently, those arrested in connection to these cases face felony theft charges.

Anyone having information relating to either of these cases is asked to please contact Crime Stoppers at 800.554.5245.