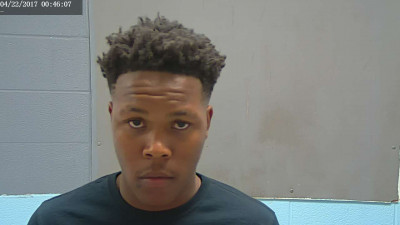 In the early hours of August 29, 2018, the Tangipahoa Parish Sheriffs Office responded to a shooting on Willie McCoy Road, in Amite. Upon arrival at the deputies located a male suffering from multiple gunshot wounds. The subject was later identified as 19-year-old Roseland resident Tyreik Taylor. Taylor was transported to Hood Hospital by Acadian Ambulance Service and later transported by Air-Med to North Oaks Medical Center, where he is still listed in critical condition.

During the investigation it was revealed that 19-year-old Tyreik Taylor of Amite forced entry into a residence located on Willie McCoy Rd. Taylor, armed with a handgun began to burglarize the home. During this time, Taylor came face to face with 24-year-old Antwain Griffin of Independence, LA - who was an occupant of the residence and also armed at the time. Griffin responded Taylor's threat by discharging his weapon multiple times, subsequently striking Taylor.

Griffin met with detectives and turned over his weapon. Detectives have also recovered the second firearm, which had been reported as stolen and believed to have been in possession of Taylor at the time of the incident occurred.

19-year-old Tyreik Taylor of Amite faces charges relative to aggravated burglary, possession of a stolen firearm in connection with an incident that occurred in late August. No charges have been filed or applied for against Antwain Griffin at this time, however all relative evidence and information has been turned over the the 21st JDC District Attorney's Office for review.