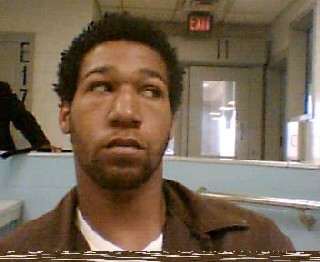 
AMITE LA - Tangipahoa Parish Sheriff Daniel Edwards reports the following:
On December 23, 2018, close to midnight, Tangipahoa Parish Sheriff's Office Detectives began investigating a shooting that occurred outside of the Mr. J's Lounge located on Bennett Road in Amite, Louisiana.
Upon arrival, detectives located 50-year-old Larry Anthony Davis Sr. suffering from gunshot wound(s), where he was subsequently pronounced dead at the scene.
This death is the result of a physical altercation between Davis and 33- year-old Jerome RICKS with a last known address of 1032 Deslonde Street New Orleans, Louisiana. During the altercation, RICKS is accused of brandishing a handgun and shooting Davis before fleeing the scene.
A warrant has been issued for RICKS as it relates to Second degree murder. RICKS should be considered armed and dangerous. It should also be noted that RICKS has an extensive criminal history including weapons and narcotics charges. RICKS was last released on parole on 10/29/2018 for armed robbery.

The public played a vital role in identifying RICKS in the senseless crime. At this time, we are calling upon the public once again. Anyone knowing the whereabouts of RICKS is asked to contact Crime Stoppers at 800.554.5245 or if you know RICKS, encourage him to do the right thing and turn himself in.