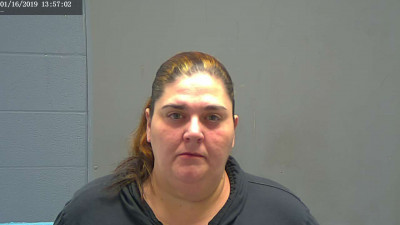 HAMMOND, LA - January 17, 2019 - Tangipahoa Parish Sheriff Daniel Edwards reports the arrest of 40-year-old Julie Blow Ray of Slidell, LA. on felony theft charges.
On January 04, 2019, TPSO Detective Morgen Webb began investigating a theft that occurred at local business in the Hammond area. The business owner reported that $1,380.00 in cash was missing from the petty cash drawer.
During the investigation, Detective Webb was able to identify former employee, 40 - year-old Julie Ray as a person of interest. On January 16, 2019, Detective Webb reached out to the 40 -year-old female for questioning. Over the course of the interview, Detective Webb learned that Ray became upset when her employment suddenly came to an end. Ray then stated that she took multiple items from the location as she departed, including the cash. Ray was able to return all of the items back to the business except for the cash - which she alleges she used for personal items. At this time, Ray was taken into custody and is being accused of felony theft.
"Some business owners don't get the police involved when they catch or have reason to believe that an employee is stealing from them; however we're pleased this wasn't the case here," stated Edwards. "We are always happy to return stolen property to the rightful owner and put the bad guy in jail." he continued.