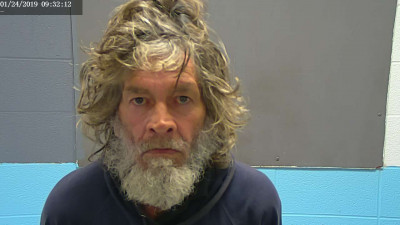 Tangipahoa Parish Sheriff’s Office Narcotics agents closed a one month long investigation after seizing over 2.5 ounces of suspected heroin, one half ounce of suspected cocaine base “CRACK”, approximately 48 various prescription pills packaged for distribution, $8,208.00 in cash currency, and a large mechanical pill press from WRIGHT's residence.

In a subsequent interview with WRIGHT, he admitted to mixing different products with the heroin so he could make a larger profit with his illegal drug transactions. In essence, WRIGHT used the large mechanical press to add various agents (commonly known as cutting agents) to suspected heroin to assist in the distribution process.

Additionally, 63-year-old Hammond resident Raymond LEXIA was present at the residence during the execution of the search warrant. LEXIA was subsequently charged with possession of CDS I; possession of drug paraphernalia; and a failure to appear warrant.

Whether it’s injected, snorted or smoked, heroin is categorized as a Schedule I Controlled Dangerous Substance (CDS), which means it has a high potential for abuse and no current accepted medical use in treatment in the United States. The Tangipahoa Parish Sheriff’s Office is confident that as a result of this this arrest and narcotics seizure, multiple lives were saved due to the high potential of lethal amounts of heroin being distributed on our streets. In many cases of opioid related overdose deaths, the purity of the substance becomes a major contributing factor. In cases like this when a dealer is mixing heroin with other products, a person may receive various amounts of an unknown substance (in some recent cases, lethal doses of fentanyl) with each use or illegal purchase. This trend could potentially be the leading cause triggering overdoses in the future.