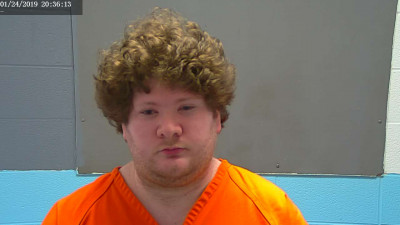 HAMMOND, LA - January 29, 2019 - Tangipahoa Parish Sheriff Daniel Edwards reports that a Tickfaw man is now behind bars on charges of computer-aided solicitation of a minor.

The Tangipahoa Parish Sheriff's Office received information regarding the possible on-line exploitation of a minor who was located in Nebraska. On January 24, 2019, the TPSO was contacted by the Nebraska State Patrol advising of an active internet crimes case linking Tickfaw resident, 21 - year -old Rodney Magee to a juvenile female in the Nebraska area.
Upon investigation and review of case files, a warrant was obtained and executed on Magee. Magee was taken into custody at this residence on January 24, 2019, by TPSO Detectives Matt Dean and Nathaniel Cooper without incident.

Sheriff Edwards urges parents to keep an eye on their children’s online activity, especially if kids become defensive. "Our kids are vulnerable and they spend a lot of time in the same place as sexual predators, the Internet,” says Edwards. “It starts with a simple conversation on the computer, however can quickly escalate into something much more dangerous. If you think something is going on, always trust your parental intuition and look further,” Edwards adds.