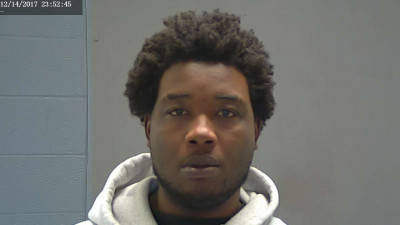 On February 10, 2019, the Tangipahoa Parish Sheriff's Office began an investigation into a shooting incident that occurred on Ball Park Road, in Independence, LA. where several shots was fired into a crowd of bystanders.

Several witness at the scene identified 25- year old Devonte Holden of Pine Grove, LA. as one of the shooters. Holden is approximately 5"11" tall, 225 pounds, and is reported to be driving a black Nissan.

The Tangipahoa Parish Sheriff's has issued an arrest warrant for Devonte Holden arrest. Holden also has an outstanding warrant for aggravated assault with a weapon. Holden is considered to be armed and dangerous. Any information on the whereabouts of Devonte Holden is asked to contact Crime Stoppers at 800.554.5245. TPSO Detective Anthony Stewart is the lead investigator.