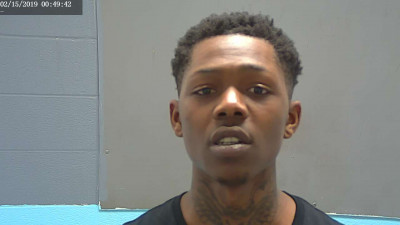 Over the course of the past several weeks the Tangipahoa Parish Sheriff’s Office has been searching for a wanted subject 18-year old Jamonearell Bagent of Hammond, LA. Mr. Bagent considered to be armed and dangerous as he was wanted for a variety of offenses relative to narcotics and armed robbery. Mr. Bagent was also to be wanted by the St. Tammany Parish Sheriff’s Office on charges relative to burglary.

Upon arrival the subject was observed to be seated on the trunk of a sedan in the parking area of the Bryce Place apartments located on Quick Blvd near Rufus Bankston Road, Hammond Louisiana. Upon the subject observing the presence of law enforcement, Jamone Bagent shifted of his position and began to flee on foot behind an apartment complex. Detectives engaged in pursuit.

Detectives Cooper and DePhillips conducted a security sweep of an apartment, at which time Mr. Bagent was subsequently located concealing himself in a bedroom closet.