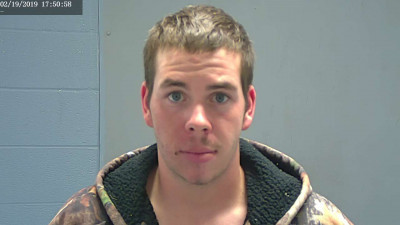 On February 11, 2019, a joint investigation began between the Tangipahoa Parish Sheriff's Office, Hammond Police Department, and SLU Police Department, after a traffic stop led to the recovery of multiple items that were reported stolen from a rash of vehicle burglaries that occurred in Hammond area earlier that evening. Crowe, who was occupying the vehicle at the time of the stop, was subsequently taken into custody and charged with possession of marijuana, possession of CDS II, possession of drug paraphernalia, possession of stolen property, and for driving without insurance, registration.

During a follow-up interview with Crowe on February 14, 2019, he subsequently admitted to his participation in the vehicle burglaries on the 11th, and confessed to multiple vehcile burglaries and attempted burglaries over the past several months. Additionally 22- year old Cody Thompson of Hammond was arrested and charged with vehicle burglary, possession of stolen property and theft by fraud for his connection to these burglaries. Currently, the TPSO is seeking the whereabouts of two additional suspects - 42-year old Felecia Mcleod Baham of Tickfaw, and 17-year Carlee Gaspard of Hammond. Both are wanted on active warrants as a result of this investigation. Anyone knowing there whereabouts is asked to contact Crime Stoppers at 800.554.5245.

The TPSO reminds residents to lock your vehicle doors, keep valuable of out plain view, and please don't leave your firearms inside of your vehicle. Also, if you encounter someone committing these type of crimes, DO NOT approach or confront them, as they may be armed or have become armed during the commission of the crime. It is best to monitor their activity, gather as much information as possible pertaining to the description of the suspect(s) and notify law enforcement.