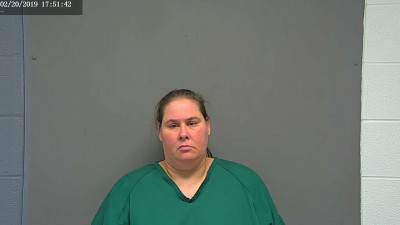 HAMMOND, LA - February 26, 2019 - The Tangipahoa Parish Sheriff Daniel Edwards announces the arrest of 43 - year old Della Schmidt of Loranger, LA. in connection with the distribution of prescription medication. Schmidt was being sought by law enforcement for two counts of Distribution of Schedule II CDS “ ADDERALL”

On February 20, 2019, Schmidt was located at her residence in Loranger LA., after narcotics detectives received information regarding her whereabouts. Upon making contact, Schmidt requested to retrieve her medications that were located in her safe. Agents accompanied Schmidt inside the residence to where the safe was located. As Schmidt opened the safe, agents observed several bottles of prescription medications that were not prescribed to Schmidt. Upon inspecting the prescription bottles, agents observed the prescription bottles to contain different milligrams of Adderall. Subsequently Schmidt confessed to illegally distributing the children's Adderall prescriptions. Agents seized a total of 250 Adderall pills in various milligrams, as well as 14 unopened packages of Suboxone.