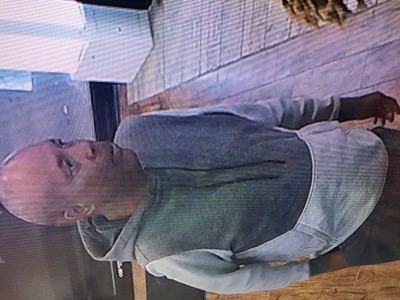 Mitchell has been charged with 2 (counts) of 14:62.4 Unauthorized Entry of a Business.

NATALBANY - March 20, 2019 - Tangipahoa Parish Sheriff's Office is asking for your assistance in identifying the alleged theft suspect in the attached photo.

On March 16, 2019, at around 7:40 pm., video surveillance cameras captured two unknown male subjects as they entered the

Hoppin' Harley convenience store on Hwy.1065. Surveillance footage indicates that the two males stole a large amount of liquor from the shelves of the establishment.

The males are observed walking into the liquor area grabbing bottles of Congnac, stuffing them down the front of their pants, then exiting the store without paying for the items. Consequently, they walked in and out of the store several times repeating the same act resulting in their alleged unjust behavior being captured on surveillance video multiple times.

At this time, the male pictured in the attached photo is wanted for questioning regarding this incident. Anyone able to identify this guy is asked to contact Crime Stoppers at 800.554.5245. Detective Earl McFarland is the lead investigator.