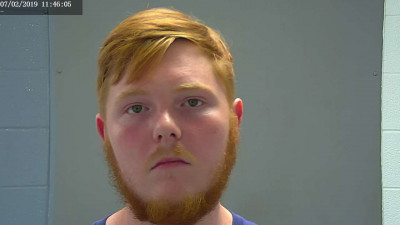 The investigation started when the sheriff's office was alerted by UPS Security staff that an employee was suspected of internal theft from their Hammond Distribution Center. As a result of the investigation, Robbins is accused of systematically stealing high-end electronic products from the facility. His activities span over the course of several months. When brought in for questioning, Robbins subsequently confessed to the crimes.

The case is on going and additional charges may be forthcoming. Detective M. Webb is leading the investigation.

2. HAMMOND, LA - On June 27, 2019, three Hammond residents were taken into custody and each charged with three counts of possession of stolen property.

These arrests are the result of a four month long investigation into a series of burglaries occurring within the Interstate Connection Trailer Park located on the West I-55 Service Road, in Hammond. With help from the community, detectives were able to recover stolen property, develop a primary suspect, and make multiple arrests.

The following were arrested:

22-year-old Casey Boudreaux, a resident within the Interstate Connection Trailer Park, was charged with 3 counts of possession of stolen property.

22-year-old Cykeisha Brown, also a resident within the Interstate Connection Trailer Park, was charged with 3 counts of possession of stolen property.

Further Felony charges are pending at this time as the investigation is ever growing with evidence and findings linking other criminal activity to the suspects and other person(s) involved with them in criminal acts.

The Department of Family and Children Services, and Tangipahoa Parish Animal Control also assisted in the investigation.