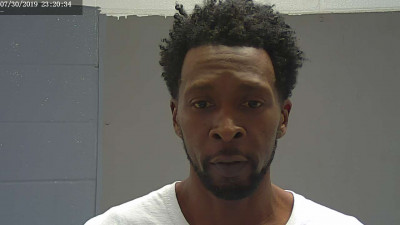 TICKFAW, LA - August 6, 2019 - On July 30, 2019, Tangipahoa Parish Sheriff’s Office Narcotics Division, with the assistance of the Hammond Police and the Drug Enforcement Administration “D.E.A.” arrested eight (8) subjects and shut down an illegal narcotics distribution hub in Tickfaw.
Over the course of the investigation, detectives identified a residence on Woodhaven Road in Tickfaw as a hub for the illegal distribution of pharmaceuticals and MDMA “Ecstacy”. Undercover surveillance operations conducted on the residence revealed that a number of vehicles frequenting the residence would arrive and depart within a short period of time. These findings are historically related to patterns of illegal drug distribution and sales.
With assistance from the Hammond Police Department Street Crimes Unit, a traffic stop was conducted on one of the vehicles as it was leaving the residence. upon contact, the driver gave investigators a false name, however was soon identified as 18 - year-old Jeremiah ANDERSON of Hammond. Consequently, ANDERSON had an outstanding warrant for his arrest. ANDERSON was taken into custody and transported to the Tangipahoa Parish Jail. During the booking and intake process a search revealed that ANDERSON was in possession of approximately 1 gram of suspected Heroin that was concealed in his groin area. ANDERSON was therefore charged accordingly. Charges: No turn signal used, obstruction of justice, possession of schedule 1 narcotics “heroin”, and introduction of contraband into a penal facility.
The investigation continued as a second traffic stop was conducted on a vehicle leaving the Woodhaven Rd. residence. During the traffic stop investigation, detectives made contact with the driver, 31-year-old Kenneth KIMBLE of Hammond. During the interaction, KIMBLE refused consent to search of his vehicle. Shortly thereafter, Sgt. Thomas Wheeler and TPSO K-9 partner Slash arrived to conduct a free air sweep around the vehicle. During the sweep, K-9 Slash made a positive alert on the vehicle subsequently yielding approximately 1,000 dose units of MDMA “Ecstacy” that were hidden in the trunk. KIMBLE was charged with no turn signal, no driver’s license, and possession with the intent to distribute schedule 1 “MDMA”.
At this time, a search warrant for the Woodhaven Rd. residence was obtained and later executed. All occupants within the residence were detained during the search pending investigation. As a result, investigators seized a large amount of various prescription medications, approximately one - half ounce of methamphetamine, approximately one- half ounce of marijuana, and one semi-auto .223 rifle from the residence.

The following subjects were present at the residence during execution of the search warrant and consequently arrested.

"This is another example of people in our community seeing activity that didn’t look right and reporting it to law enforcement. Great work by our detectives, the Hammond Police Department, and Drug Enforcement Administration for staying on top of this drug house and shutting it down, ” Sheriff Daniel Edwards said.