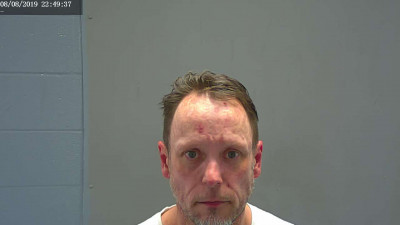 Quickly after the investigation began, agents were led to the Barnes Rd. residence belonging to 47 - year-old Jerry Wayne Barnes Jr. As agents arrived at the residence in an attempt to make contact with Barnes, they located Barnes and another male, 33 -year-old Brandon Tolley sitting in a portable shed near the residence. Upon contact, Barnes advised that he had a concealed handgun in his waistband which was safely removed without incident. Consequently, 33 -year-old Tolley was detained for having outstanding arrest warrants.

While securing the securing the area, agents observed in plain view numerous drug paraphernalia items, suspected methamphetamine on a toolbox being prepared to be ingested, and other items consistent with illegal narcotics. At this time, both Barnes and Tolley were placed under arrest. Searches incidental to arrest of revealed Barnes to be in possession of approximately 2 grams of processed methamphetamine and Tolley to be in possession of an empty used syringe.

The sheriff's office would like to commend the public once again for be proactive and reporting suspicious activity. These arrests are the result of your commitment to this office and our community.
Arrested and charged were: