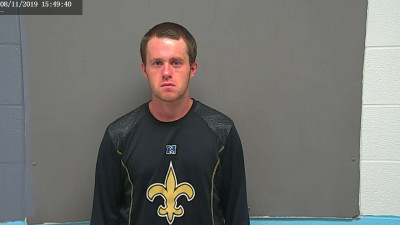 HAMMOND, LA - August 13, 2019 - Tangipahoa Parish Sheriff Daniel reports that on August 8, 2019, the Tangipahoa Parish Sheriff's Office, assisted by the Hammond Police Department's Narcotics Unit, arrested four Hammond residents on narcotics and other related charges.
Over the past few weeks, a residence on Happywoods Rd. belonging to 47-year -old Sean Cyprian of Hammond, became the target of an on-going narcotics investigation led by the Tangipahoa Parish Sheriff's Office (TPSO) Narcotics Unit. The residence was subsequently identified as being the source of suspected illegal narcotics activity.
Elements of the investigation allowed for agents to obtain and execute a search warrant of the Happywoods Rd. residence. Upon execution, agents came in contact with residents 47-year-old Sean Cyprian and 23-year-old Joshua Cyprian. Hammond native, 21-year-old Kharuma Boyd, who briefly attempted to flee before surrendering to agents, was also present inside the residence. All three subjects were detained pending the authorized search of the residence. As agents were securing the residence in preparation for the search, they located and subsequently detained 27-year-old Hammond resident Wayne Anderson hiding in a cloths dryer near the back of the residence.