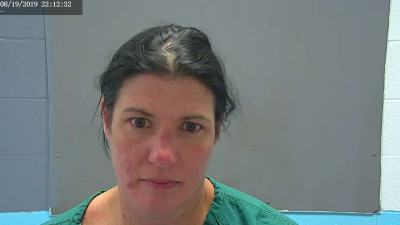 On August 20th, detectives were contacted by the Livingston Parish Sheriff's Office (LPSO) to assist in locating the subject. LPSO detectives were actively working a residential burglary in their parish when they identified ANDERSON as one of two suspects responsible for the burglary.

TPSO detectives were able to make contact with ANDERSON at her residence in Pumpkin Center. Upon doing so, an authorized search of her residence yielded approximately 10 grams of methamphetamine and numerous pieces of drug paraphernalia - to include scales which are commonly used in the distribution of narcotics and items used to ingest methamphetamine.