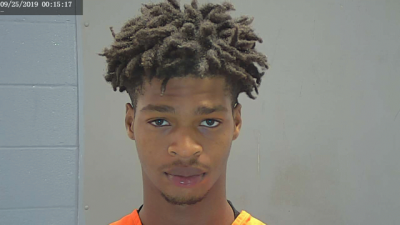 INDEPENDENCE, LA- September 27, 2019- On September 23,2019,the Tangipahoa Parish Sheriff's Office responded to a shooting incident on Lewis Ln in Independence.

Upon arrival, it was reported that 44-year-old Stacey Howard, of Independence, had been shot. Upon further investigation, Detectives learned that Howard identified two subjects responsible for the incident.

On September 25, 2019, after being positively identified, 18-year-old Altavian Baldwin and his brother, 20-year-old Alton Baldwin III, both of Independence, were taken into custody and charged with Attempted Second Degree Murder of Stacey Howard.