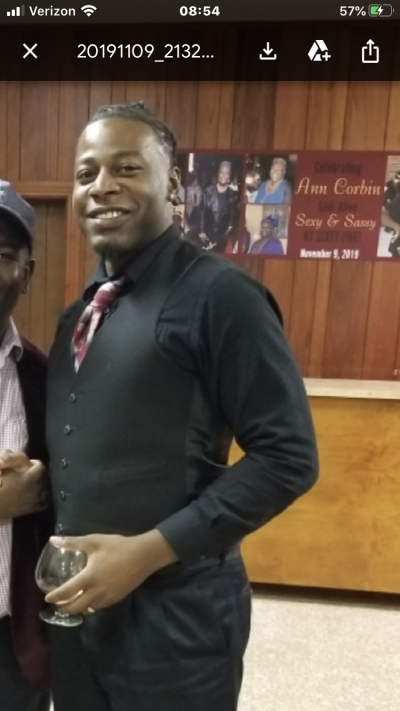 The body of 27-year-old Pere Jackson, who had been missing since Nov. 15th, was located and recovered by investigators yesterday around 4:00 p.m. His body was located near the edge of a wooded area on Dead End St.in Natalbany. Tragically, Jackson’s death is belived to be the result of homicide. An autopsy to confirm the nature and cause of death has already been scheduled. Information on how, or when Jackson died remains under investigation and is not available at this time.

The TPSO is urging anyone with information to call the Tangipahoa Parish Sheriff’s Office at (985) 345-6150. Anonymous tips and/or information can be submitted to Crime Stoppers by calling 800.554.5245, or through our website, tpso.org.

Pere was last seen at his residence on Nov. 15th, around 8:30 a.m. Pere Jackson is tall brown-eyed black male, about 210 pounds, with short dreadlocks. He was last wearing a gray Colman work shirt, sweatpants, and possibly a blue jacket. He has a tattoo dog on his right ankle, the name Odella on his right forearm, and RIP Grandma on his left shoulder.

His family says this is unusual behavior for Pere and they are worried. Pere's vehicle, a silver 2007 Nissan Murano, was recovered on N. Cherry St. approximately (2) hours after he was last seen at his residence, however there have been no confirmed sightings of Pere.

Anyone having information regarding Pere Jackosn's whereabouts is asked to call the Tangipahoa Parish Sheriff's Office at (985) 345-6150 or Detective Dale Athmann at (985) 634-9181.