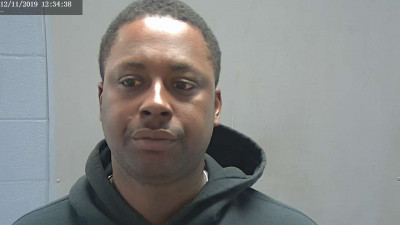 On Monday December 9, 2019, deputies responded to Hookfin Rd. in Kentwood as the result of an anonymous complaint regarding the apparent abuse and neglect of several horses in a nearby pasture.

When deputies arrived, they were directed to an area where they located three horses. One horse was observed lying on the ground with shallow and labored breathing - unable to move, a second horse was seen standing in the distance (appearing to be underweight and malnourished), while a third - who escaped through an area of broken fence - was subsequently located in a neighboring field. The pasture that housed the horses was filled with metal debris and showed no signs of fresh water or food for the animals. Astonished by the heartbreaking scene, deputies immediately contacted TPSO Mounted Detective Sgt. Jill Hutcheson and Detective Glynn Cacioppo who quickly responded to the scene.

With assistance from the Tangi Humane Society, multiple attempts were made to hoist the suffering horse up from the ground - to his feet in hopes to get blood flow back into his legs. Unfortunately, all efforts were made to no avail. To weak to even drink or eat from a bucket, the horse was hand fed by detectives, as a member of the Tangi Human Society placed a bottle of water into the horse’s mouth to provide him with fluids. After about two hours of rendering care and aid, the horse stopped breathing and quietly passed away.

The two remaining horses were seized and removed from the property by the Tangi Humane Society. During the investigation, detectives were able to identify the neglectful owner, however he was unable to be located during the on site investigation.

Consequently this morning, after meeting with detectives, 33-year-old Christopher O’Neil Gordon of Kentwood was arrested and charged with aggravated cruelty to animals as the result of being accused of causing long term malnourishment, unnecessary pain and suffering, and subsequent death of one of the animals in his care.