Arrest and Recovery of Stolen Property 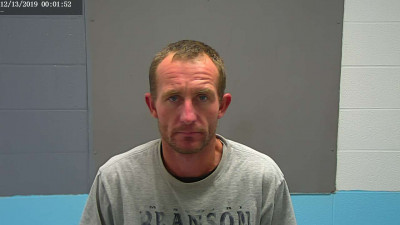 KENTWOOD, LA – December 18, 2019 – One arrested, two being sought in stolen tractor case. "I am happy to announce that we have located and returned the tractor to its rightful owner and have one person in custody at this time,” says Tangipahoa Parish Sheriff Daniel Edwards.

The investigation began on Dec. 7, 2019, when deputies made contact with a victim who reported that his John Deere, model 5045E tractor was stolen from his property off of Hwy. 440 in Kentwood.

Over the course of the investigation detectives received several valuable tips from the public that eventually led to a break in the case. On Dec. 12, 2019, while conducting follow-up investigations, detectives met with 37-year-old Kentwood resident Randy Davidson. During that contact, Davidson shared information that subsequently led detectives to the location of the stolen tractor – which was recovered and returned to the victim. Davison was charged with felony possession of stolen property.

Sheriff Edwards is asking anyone knowing the whereabouts of those accused to please contact Crime Stoppers at 800.554.5245, or the subjects can simply do the right thing and turn themselves in detectives. LT. Blane Sanders and Detective Terry Lane are the lead investigators on this case.

KENTWOOD, LA - December 10, 2019 - Sheriff Daniel Edwards is asking for the public’s assistance in locating the person(s) responsible for the theft of a tractor in Kentwood.
On December 7, 2019, TPSO Deputies responded to a report where a John Deere, model 5045E, tractor was stolen from a field located on Hwy 440 in the Chesbrough Community. The owner stated that sometime between the afternoon hours of December 6th and the morning hours of December 7th, someone went into an overgrown field where he last parked the tractor after using it to bush-hog and stole the tractor. The owner described the tractor as being green in color with a front end loader attached and is four wheel drive.
Anyone with information on the location of the tractor and/or person(s) responsible for its theft is asked to contact Crime Stoppers at 800.554.5245. TPSO Det. Terry Lane, is the lead investigator (985-748-3337).