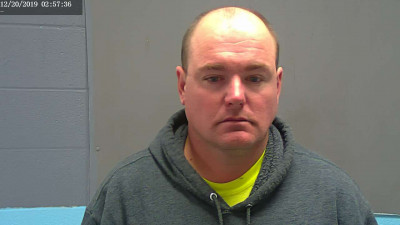 HAMMOND, LA - December 20, 2019 - Yesterday, Tangipahoa Parish Sheriff's Office detectives received several anonymous tips in response to the Crime Stopper's request for information regarding the whereabouts of 43 -year- old Robert Shannon. Later that same day, TPSO Patrol followed up on those leads and subsequently located Shannon at a hotel in the Hammond area. Shannon was taken into custody without incident and charged accordingly.

We are grateful for the public's vigilance and mutual concern for the safety of our parish.

43 -year- old Shannon is wanted by the TPSO on charges of felony theft, possession of stolen property, and criminal damage to property.

Shannon, who is being accused of stealing diesel fuel from an Independence gravel pit in mid-October, was last seen driving a white 2005 Ford F-250 (bearing LA License Plate, C757696). He is also known to frequent the areas LaPlace, Baker, and Baton Rouge, LA.

Anyone knowing the whereabouts of Robert Shannon is urged to contact the Tangipahoa Parish Sheriff’s Office Criminal Investigations Division at 985-748-3309, Lt. Blane Sanders, local law enforcement, or Crime Stoppers of Tangipahoa at 800.554.5245.

SHANNON is being sought by law enforcement in connection with multiple thefts that occurred in the West Black Cat Road area of Independence, LA. SHANNON was last seen driving a Ford F-250 white over tan in color.
Anyone with information on the location of SHANNON is encouraged to contact Crime Stoppers at 800.554.5245.