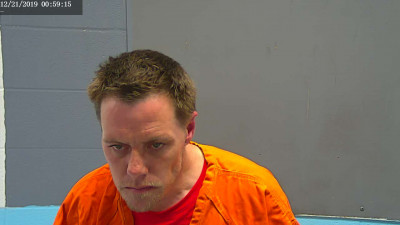 The incident took place on December 20, 2019, around 1 o’clock in the afternoon. Multiple subjects were present at the Magee Rd. residence when agents arrived to execute the arrest warrant. Immediately upon arrival, three male subjects attempted to flee as agents approached the house. 37-year-old Michael Alexander Sr. of Independence, one 16 – year-old male juvenile, and 41-year-old Jerry Joseph Morgan Jr., were swiftly met by law enforcement and detained without incident. Morgan, who was subsequently charged on outstanding warrants, was found to be in possession of approximately 29 grams of heroin, .7 grams of methamphetamine, a loaded syringe of suspected methamphetamine, and a large quantity of US currency at the time of his arrest.

Multiple discarded items were located on the ground directly in the pathway of the three fleeing offenders. Items recovered include a clear plastic bag of about 47.8 grams of suspected heroin located just a few feet from where Morgan was apprehended. A second clear plastic bag containing a suspected 3.3 grams of heroin was recovered along with a purple Crown Royal bag containing numerous preloaded syringes, and a yellow tourniquet. Additionally, two unspent 9mm rounds and a black digital scale was located on the ground where the (3) fleeing males were standing upon agents arrival. A total of 2.8 ounces of heroin was taken off the streets because of these arrests.

Assisting deputies on scene came in contact with several other subjects, 26-year-old Attrell ANDERSON, 40-year-old Laurus HAYNES, and 19-year-old Michael ALEXANDER Jr. Upon smelling burnt marijuana emanating from inside of ANDERSON’s Sierra pick-up truck, agent’s conducted a pat-down search of the subjects for safety purposes. At this time, Michael Alexander Jr. was taken into custody after deputies located a loaded and stolen Cobra Model 380 concealed in his right pant leg. He was charged with possession of a stolen firearm.

Due to these findings, agents continued their investigation by obtaining and executing a search warrant for all vehicles, buildings, and persons present on the Magee Rd. property. As a result, located in the center console of HAYES’s Nissan Altima vehicle was a blue package containing suspected MOJO (synthetic marijuana) and seized from ANDERSON’s Sierra pick-up was a quantity of suspected marijuana (approximately 1 gram), a half full - pint size medicine bottle of Promethazine tablets, and a large amount of cash. Both subjects were taken into custody and charged.

Adult offenders were subsequently transported to the TPSO Jail without incident. The juvenile was taken to the Florida Parishes Juvenile Detention Center where he was charged with resisting an officer and possession with the intent to distribute heroin.

5. Attrell Anderson, 26-year-old of Independence, LA. Charged with possession of CDS I and possession with the intent to distribute CDS V.

7. One juvenile charged with resisting an officer and possession with the intent to distribute heroin.