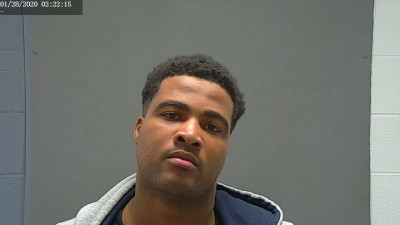 The first investigation began Sunday evening around 9 p.m. when deputies responded to the Kangaroo Gas station on University Ave. after receiving reports of shots fired between two vehicles as they fled northbound down Patti Road. It was soon learned that the chase lasted for about (8) miles before coming to end in the Natalbany Food Mart parking lot. Thankfully only one person was injured as a result of the violent rampage.

The incident began as vehicle 1, a green Chevy Trailblazer driven by 26 – year-old Troy Green of Hammond, and (3) passages exited the Kangaroo parking lot headed toward Patti Rd. during an altercation with 24 – year-old Octavius Baldwin of Hammond. Vehicle 2, a grey Lincoln occupied by Baldwin and one male passenger gave chase while firing shots at Green’s vehicle.

Green's passenger, 20-year-old Trent Swift sustained a single non-life threatening gunshot wound. He was treated at a nearby medical facility and released that same day. On Jan. 28, 2020, Baldwin was taken into custody without incident and charged with (3) counts of attempted second degree murder. Additional arrests and charges are forthcoming. The investigation is active and on-going.

Two days later, we received a call about a shooting that just occurred on Rufus Bankston Rd. Deputies arrived to find a 17-year-old juvenile lying in the grass with a single gunshot to the hip. Sgt. Kevin Stimage applied pressure and rendered aid until Acadian Ambulance Services arrived. The juvenile was then transported to a nearby medical facility where he was treated for his injury and released.

Subsequently, it was learned the juvenile had several outstanding warrants for his arrest. On Jan. 29, 2020, he was taken into custody and charged with illegally carrying a concealed weapon and (3) outstanding FTA warrants for aggravated assault, aggravated kidnapping, and theft of a movable.

As detectives were on scene at the second incident., witnesses and familiar faces from the January 25th shooting begin to arrive at the crime scene. Evidence and information obtained from both incidents provided detectives with cause to link the subjects to both investigations.

Both cases remain under investigation. Additional charges and/or arrests are expected.