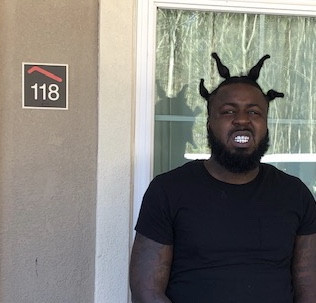 HAMMOND, LA- February 8, 2020- Tangipahoa Parish Sheriff Daniel Edwards reports the arrest of a wanted individual as well as the seizure of over a kilogram “2.2 pounds” of methamphetamine.

TPSO Narcotics has been investigating tips and information on Brumfield who was plagued the
Tangipahoa and Livingston Parish border with distributing large quantities of Illegal controlled dangerous substances. During the course of the investigation, Brumfield was found to be wanted for a failure to appear hold without bond warrant for Illegal carrying of a weapon. Law enforcement was able to gather intelligence which placed Brumfield at the Red Roof Inn located in Hammond, La. Narcotics agents were able to secure a 21st Judicial District Court search warrant for the room that Brumfield was listed as renting.

Upon making execution of the search warrant, law enforcement made contact with Brumfield and a female whom is identified as Mariah Maddox. Law enforcement immediately took Brumfield into custody without incident. Agents observed several small plastic bags of amrijuana scattered throughout the room as well as multiple bottles of Promethezine. Upon a detailed search of the room, a large plastic bag containing a very substantial amount of methamphetamine was located.

During the course of the investigation Brumfield informed agents that he was also the driver of a grey in color Nissan Altima which was parked in front of the hotel room and still running. The was a rental car which was rented by a female acquaintance of Brumfield's. Narcotics agents applied for and was subsequently granted another search warrant for the vehicle. Prior to the search Brumfield informed agents there was a firearm located inside the vehicle. A search of the vehicle resulted in the discovery of approximately 1 kilogram “2.2 pounds” of methamphetamine, a loaded Ruger 9mm handgun, multiple dose units of various prescription pills, multiple ounces of high grade marijuana, a quantity of cocaine, and a large amount of United States currency.

Brumfield was booked into the TPSO Jail for his failure to appear warrant which had a hold without bond order and has pending federal firearms and narcotics charges.

Maddox was issued a summons for possession of marijuana and released pending state charges.

As we can count the weights of the seizure of narcotics, we can never count the lives that were saved as a result of the operation. The fight against drugs is a nation wide battle and with co-operation and teamwork between local, state and federal authorities, the Tangipahoa Parish Sheriff's Office will continue to be diligent and persistent in pressing forward for the citizens of Tangipahoa Parish.