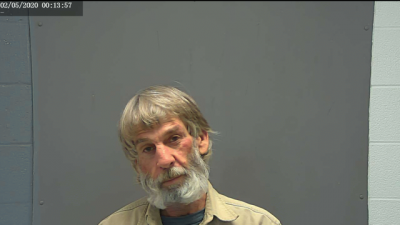 AMITE, LA – February 13, 2020- Sheriff Daniel Edwards reports that (3) subjects were arrested and taken into custody for trespassing and illegal narcotics.

The first incident occurred on February 3, 2020, when deputies responded to a residence on Strahan Rd. in Amite after a homeowner reported that he just walked upon a burglary in progress at his home. Around 7:30 a.m., a caller stated an unknown male was attempting to steal property off his land when he walked up and startled the perpetrator. After being confronted, the offender left and began walking down Strahan Rd. where he was picked up by someone driving a U-Haul Moving Truck.

The next day, the TPSO was alerted that the suspect U-Haul Truck was back in the area traveling near Mixon Rd. Deputies were able to locate the U-Haul and initiate contact with the occupants. As a result, two subjects were arrested. 56 –year- old James Michael Busby of Amite was subsequently charged with Possession of Marijuana, Possession of Schedule II Drugs and Possession of Drug Paraphernalia and 58 –year- old Glenda Gayle Byrd also of Amite, was charged with charged with Possession of Schedule II Drugs. During an interview, it was learned that their accomplice who attempted to burglarize a Strahan Rd. residence was 30- year- old Christopher Scott Bagert of Bogalusa, LA.

On February 10, 2020, detectives located Bagert at a residence on Ruth Dewit Rd. in Kentwood. Baget was detained without incident and later charged with Trespassing.