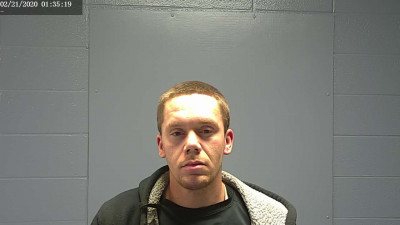 Detectives executed a search warrant on Saxon's residence after a stolen Polaris Ranger UTV was located on Goodbee Cemetery Road in the ditch by Tangipahoa Parish maintenance workers. Detectives arrived at the UTV and found the UTV to be stolen from a theft that occurred on (02/06/20) off of Highway 10. With help from witnesses, detectives were able to track the vehicle back to the residence of Devin Saxon.

Saxon was currently a suspect in the UTV theft and several other thefts and burglaries in the area. Detectives had a search warrant in hand when they arrived at Saxon's residence. During the search of the residence and property detectives were able to recover stolen property from a burglary that occurred on Russell Town Road on (02/08/20). Detectives also recovered stereo equipment and a car radio.

Saxon was arrested and booked into the Parish Jail. The following day, Friday (02/21/20), detectives received further information that two guns stolen at the time of the Polaris Ranger theft were being hidden by 21-year-old Dallas Dugas residing at the same address. Detectives revisited the property and discovered the two stolen guns hidden under Dallas Dugas's bed. Dallas Dugas was arrested for two counts of possession of a stolen firearm and one count of possession of a firearm with an obliterated serial number after detectives discovered a third gun hidden with the other two stolen guns.

Dallas Dugas was transported to the Parish Jail where he was booked in. The investigation remains ongoing with additional charges and arrests likely.

ROSELAND, LA. - February 10, 2020- ? Sheriff Daniel Edwards is asking for the public’s assistance in a theft that occurred on Hwy 10 in Roseland.

On February 6, 2020, the Tangipahoa Parish Sheriff’s Office fielded a report from a Roseland resident who reported a 2015 Polaris Ranger stolen. The owner stated that he awoke to find his Ranger stolen from under his back porch during the night. Upon review of the home video surveillance system, it was learned that the theft occurred at approximately 1:30 AM that morning. The Ranger is camouflage in color with black canvas doors and a windshield. The owner also reported that he had two firearms on the Ranger, a high powered rifle and a pistol.

Anyone with information in this case is urged to contact the Tangipahoa Parish Sheriff’s Office Criminal Investigations Division and/or Crime Stoppers of Tangipahoa, 800-554-5245.