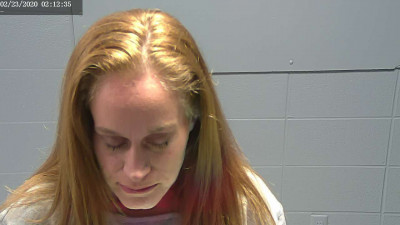 AMITE, LA - March 13, 2020 - Sheriff Daniel Edwards reports that four people have been arrested in connection with the conspiracy to smuggle synthetic marijuana into the Tangipahoa Jail.

Lynn Lusk Moore, 41, of Tickfaw, Ashley Moore, 21, of Tickfaw; Quinton Livers, 35, of Independence, and Tony Showers, 35, of Independence, were charged with Criminal Conspiracy to Introduce Contraband to a Penal Facility and Criminal Conspiracy to Distribute a Schedule I Controlled Dangerous Substance after the illegal narcotics were found in a public restroom at the jail.

The investigation began in mid-February when Jail Security & Investigations Detectives Sergeant Oscar Garcia and Sergeant Travis Pitman received information regarding a plan to introduce contraband into the parish jail. Investigators immediately began collecting intelligence, evidence and video surveillance into the person(s) responsible for responsible planning and/or conspiring to execute the plan. The investigation advanced recently when a package containing an amount of synthetic marijuanna was located and recovered from a public restroom in the lobby of the facility.

Mother - daughter duo, Lynn and Ashley Moore, were quickly identified as the persons responsible for dropping the illegal package within the confines of the facility. Further investigation revealed that incarcerated offender Tony Showers and wanted subject Quenton Livers were responsible for directing, coordinating, and setting-up the illegal drug drop.

Arrest warrants were obtained and executed without incident for Lynn Moore, Ashely Moore, and Quinton Livers. All four subjects involved were charged accordingly.

Any person(s) who engages in activities resulting in the introduction of prohibited items into the Tangipahoa Parish Correctional Facility will be identified and brought to justice. The dedicated team of deputies within the Tangipahoa Parish Correctional Facility are committed to eliminating drug activity and all contraband from entering jail facility. If you bring or if you are asked to bring prohibited items into our jail facility and you execute that request, Sergeants Garcia and Pitman will identify you and have a bed ready upon your arrival. They will also take possession of your stash.