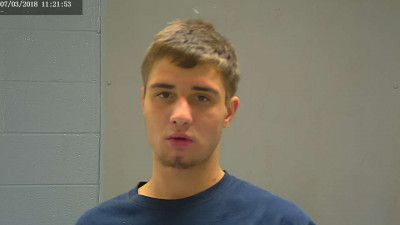 HAMMOND, LA - APRIL 15, 2020 - Sheriff Daniel Edwards is asking for the public's assistance in locating 20 -year old Benjamin James Warren, Jr. of Kentwood/Amite.
Warren is wanted by the Tangipahoa Parish Sheriff's Office on numerous felony and misdemeanor charges. He is also a suspect in other crimes in and around the Wilmer/Kentwood area.

Anyone knowing the whereabouts of Warren is asked to contact Crime Stoppers of Tangipahoa, 800.888.5254, or the Tangipahoa Parish Sheriff's Office Criminal Investigations Division, 985.345.6150.

Warren was last seen in the Wilmer area riding as a passenger in a Silver Ford F-150 4-door with a Louisiana Temporary Tag on the rear bumper. This vehicle was also occupied by an unknown white male and white female with dark hair in a ponytail. Warren has also been seen in the company of 27-year-old Shelby Snow of Amite, traveling in a light colored, possibly gold, Jeep Grand Cherokee, and 25-year-old Tyler Barnett of Kentwood, traveling in a small silver/gray sedan.

Snow, Barnett, and the unknown male and female are also wanted for questioning in connection with these crimes.
Information leading to the whereabouts of these individuals will lead to a CASH reward!

Capt. Blane Sanders, Sgt Jill Hutcheson, Det Wayne Stewart, Det Jason Garbo, and Det Matthew Dean are the Case Detectives seeking justice for the residents who have been victimized by Warren and his associating conspirators.