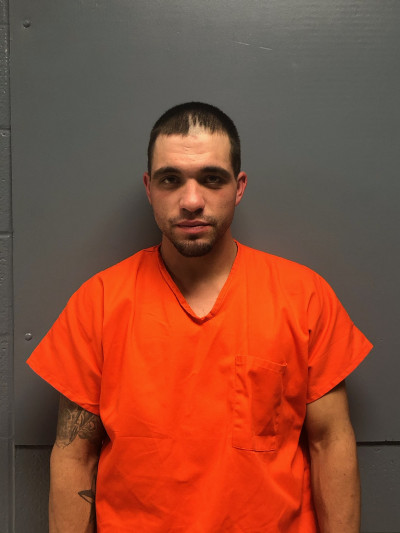 Today, detectives obtained information that the suspect vehicle accused of striking a man yesterday belonged to 27-year-old Ricky Joseph MANDELLA of Amite, Louisiana.
Subsequently, deputies located MANDELLA at his residence. A search warrant was obtained and executed of the suspect vehicle. Upon searching the vehicle, detectives observed signs of a recent crash and further evidence that linked the vehicle to the crash scene.
MADELLA later confessed to being the driver of the vehicle.
MANDELLA was booked into the Tangipahoa Parish Jail with the following charges:
LRS. 14:100 Hit-And-Run (Felony)
LRS. 14:99 (Reckless Operation)
LRS. 32:415 (Driving Under Suspension)
Thank you to the media and citizens for your efforts in assising us with information leading to this arrest.

To, Hit and Run driver,
You hit someone yesterday afternoon with your truck. You hurt them, and then you drove away.
Who does that?

HAMMOND, LA - April 25, 2020 - Tangipahoa Parish Sheriff Daniel Edwards is asking for the public’s assistance in locating the vehicle and/or its owner pictured in the attached photos.
This vehicle was possibly involved in a felony hit-and-run on Faller Road in Tickfaw, LA, yesterday - April 24, 2020, at approximately 1:30 P.M.
The suspect vehicle was traveling from Morris Road toward Highway 442 on Faller Road, when it crossed over into the opposite lane of travel, struck a man who was standing off of the roadway, and fled the scene leaving the injured male lying on the ground.
Anyone with information related to this incident is asked to contact Detective James McGovern at (985) 902-2031 or Crime Stoppers at 800.554.5245.