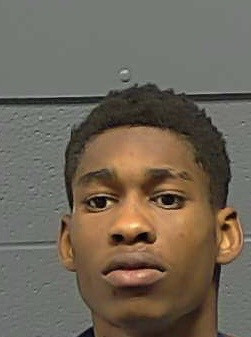 Tangipahoa Parish Sheriff’s Office detectives have identified the three subjects who went around Ponchatoula neighborhoods burglarizing cars and who fired shots at one homeowner.

18-year-old Dajuan Thompson, 18-year-old Michael Carney, both of Baton Rouge, LA. and one 17-year-old male subject have been identified and linked to a string of vehicle burglaries, one auto theft, and for shooting at a man in The Havens Subdivision on Highway 445 in Ponchatoula.

On May 6, 2020, numerous home surveillance videos show the three subjects entering the neighborhood around midnight and immediately begin pulling on car door handles in an attempt to gain access. Consequently, an alert homeowner interrupted the trio at one residence. Upon being confronted, one of the subjects fired shots upon the resident as they fled away on foot. The homeowner returned fire in fear of his life.

The trio then located a nearby vehicle - unlocked with the keys left inside – and took as a get-away-ride. The subjects fled the area at a high rate of speed heading toward Walker, LA. Later that morning, the Walker Police Department observed the stolen vehicle inside the City of Walker. As officers attempted to conduct a traffic stop, the driver increased in speed and fled from deputies. The subjects traveled recklessly at accelerated speeds into the City of Baton Rouge where the driver subsequently lost control and crashed the stolen vehicle. Two occupants were injured as a result of the crash. Detectives later learned that the third suspect was not in the vehicle at the time of the crash.

18-year-old Michael Carney was taken into custody yesterday after being released from the hospital on multiple counts of burglary and one count of second degree attempted murder.

18-year-old Dajuan Thompson is wanted on active warrants through the TPSO on the same charges. Charges on the 17-year-old juvenile are still pending.

Anyone knowing their whereabouts is asked to contact Crime Stoppers at 800.554.5345. TPSO Detective Kirby Varnado is the lead investigator on this case.