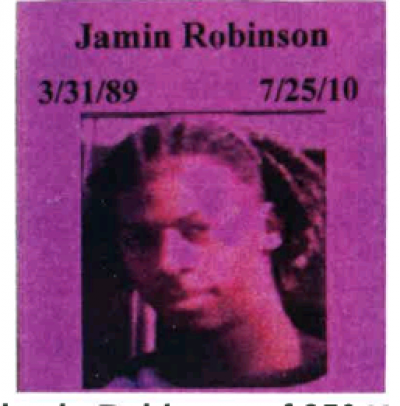 HAMMOND, LA – May 20, 2020 -Tangipahoa Parish Sheriff Daniel Edwards is asking for the public’s assistance in gathering information regarding a cold case.

Nearly ten years ago on July 23, 2010, 21 -year-old Jamin Robinson of Independence was left for dead on the side of the road after being struck by a vehicle. The driver fled the scene.

Robinson was barely alive when he was located lying on the ground near his Independence residence on Kraft Rd. He later succumbed to his injuries.

No suspect(s) have been identified nor has an arrest been made in the case.

Anyone having information related to this incident is asked to contact Crime Stoppers at 800.554.5245. The original investigation was led by the Independence Police Department before it was turned over to the TPSO shortly after. TPSO Detective Mike Sticker (985.415-4382) is the lead investigator at this time. Independence PD Captain Roy Allbritton (985.969.3934) is assisting in the case.