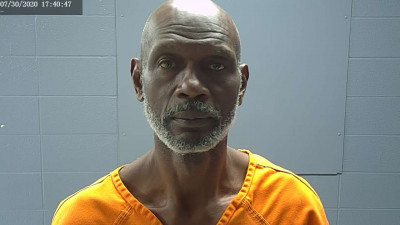 Labee is charged with First Degree Murder, Armed Robbery, and Obstruction of Justice. Labee was taken into custody without incident.

Yesterday morning around 8:15 a.m., a caller advised that an unknown male was found lying on the ground in a pool of blood inside of a local equipment shop on Hwy 190 in Hammond. When deputies arrived they discovered the body of 36-year old Wayne Bourliea, an employee of the business. Deputies immediately secured the area and began processing the scene.

Preliminary findings indicate that Bourliea was shot multiple times leading to his death just a short time before 8:00 a.m.

The shooter(s) fled the scene prior to deputy's arrival. The incident took place at Z -Equipment on Hwy. 190.

At this time, motive and/or suspect(s) have not been identified. Detectives are currently interviewing individuals connected to the victim and following up several leads. Additional information will be released as it becomes available.

Anyone with information regarding the shooting death of our victim is asked to contact Crime Stoppers at 800.554.5245. Detective Sergeant Jacob Schewbel is the lead investigator on this case.