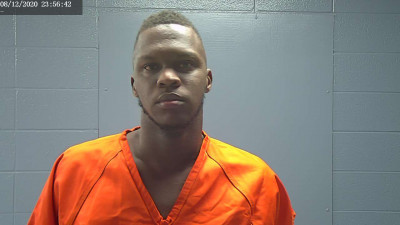 One dead after Roseland Shooting. Multiple people were arrested, several still at large.

UPDATE - HAMMOND, LA – August 19, 2020 - In regard to a shooting that happened during a trail ride in Roseland left 21-year-old Zion Hutcherson of Baton Rouge, dead by a single gunshot wound. The incident occurred on Vernon Town Road.

We do not suspect that Hutcherson was an intended target in this incident, however was subsequently struck by a stray bullet.

Over the course of this investigation, detectives developed several suspects and currently have the following subjects in custody.

There are outstanding warrants for 19-year-old Jaylohn Mitchell of Ponchatoula and Raven Warford, 27 of Natalbany, LA.

This investigation is ongoing. Anyone with information is asked to contact Crime Stoppers at 800.554.5245.

The Sheriff’s Office would like to thank the public for their assistance with this case. There was a large crowd surrounding the events that took place that day and we are grateful for those that came forward with information.

Multiple gunmen open fire in a large crowd during a trail ride event. One person was fatally shot and several wounded as a result of the incident.

The Sheriff’s Office is asking anyone with information regarding this tragic event to please come forward with information. TPSO Detective Matt Dean is the lead investigator.

To submit anonymous information about a crime to local law enforcement, you may do so online through Crime Stoppers of Tangipahoa or by calling 1-800-554-5245. You can also download the “P3 Tips” app to submit and track the status of tips on your smartphone.