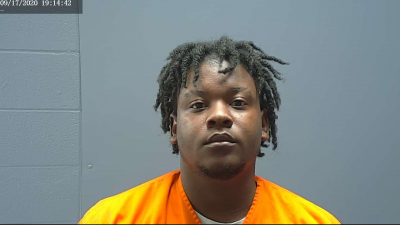 Six suspects have been arrested this week in connection with a drive-by shooting in Tickfaw, LA. – four adults and two juveniles.

The suspects are accused of firing “multiple” rounds from 9mm handguns into a Tickfaw residence that was occupied at the time of the shooting. No injuries resulted.

Detectives later determined that the suspects traveled to the victim’s residence in two separate vehicles. From the evidence obtained during the investigation, detectives were able to identify those responsible for the shooting.

Four suspects were arrested and booked into the Tangipahoa Parish jail. Two others are juveniles.

Larry Robinson, 18, of Independence, LA. was charged with assault by a drive-by-shooting, illegal discharge of a dangerous weapon, and criminal conspiracy. Robinson is being held on a $60,500 bond.

Christopher Johnson , 18, of Independence, LA. was booked and charged with assault by a drive-by-shooting and criminal conspiracy. Johnson was released on a $50,500 property bond.

Ivy Rogers, 19, also of Independence, was charged with assault by a drive-by-shooting and criminal conspiracy. Rogers remains in jail on a $50,500 bond.

Anthony Brumfield, 18, of Amite, LA. Charged with principle to aggravated assault by a drive-by shooting and criminal conspiracy. He was released on a $50,500 property bond.