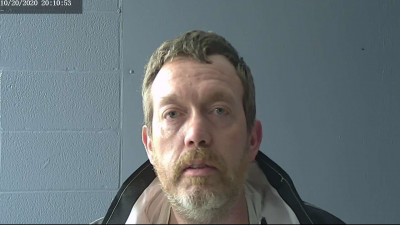 HAMMOND, LA - Detectives with the Tangipahoa Parish Sheriff's Office have successfully identified all parties involved in the kidnapping case that occurred on October 20, 2020.

48-year-old Joshua Cox was taken into custody where a full confession was provided of the crime.

Two additional subjects have been identified and linked to this case. 26-year-old Krystina Ahlers-Anelus, with a last known residence in Maurepas, Louisiana and 33-year-old Stacey Carol Latino of Muscarella Lane. Arrest warrants have also been issued for their arrest.

At this time, Eric Granger is in custody in Texas waiting to be extradited back to the Tangipahoa Parish Jail. Krystina Ahlers-Anelus, Steven Roy Pierre, and Stacey Carol Latino are still at large.

Anyone with information into the whereabouts of these fugitives please contact Crime Stoppers at 7800-554-5245. Detective Kody Glenn is the lead investigator, 985-902-2018.

HAMMOND, LA – Tangipahoa Parish Sheriff Daniel Edwards reports that one man has been arrested, two others are still at large, for holding a man against his will while beating him, causing moderate injuries.

The investigation began on October 20, 2020, when Tangipahoa Parish Sheriff’s Office was dispatched to a residence on General Ott Road in Hammond, LA in reference to a welfare concern. A male subject called 9-1-1 stating he was being held hostage and was currently locked in a shed behind a residence.

When deputies arrived, they located the complainant who appeared to have sustained severe injuries to his face, forehead, ear, and chest area. During the investigation, detectives learned that for unknown reasons, several of his acquaintances identified as Joshua Cox, 48, Steven Roy Pierre, 34, and 32-year-old Eric Granger forced him into a shed, tied a rope around the wrists and secured him to an overhead beam.

The suspects then physically abused the victim throughout the night, causing severe injuries that included lacerations, several broken ribs, and facial injuries. While left alone in the shed, the victim was able to free himself from the restraints and call 9-1-1 for assistance.

Deputies quickly located one of the accused, Joshua COX, on scene and immediately took him into custody. A subsequent search warrant for COX’S residence was obtained and executed yielding a plethora of illegal narcotics, firearms, and a handheld digital recording device. A secondary search warrant was obtained for the recording device. Fortunately, the contents revealed the accounts of the incident reported by the victim. The suspects recorded their actions.

Consequently, Cox was charged with the following offenses:

· (2) counts - Convicted Felon in Possession of a Firearm

· Possession of Schedule I Narcotics (Ecstasy)

· Cox was also charged with a parole violation

Eric GRANGER and Steven Roy PIERRE (aka "Bones") are currently at large with active warrants for their arrest for the following charges:

Detectives are seeking the public's assistance in locating GRANGER and PIERRE.

Also, 33-year-old Stacey LATINO of Hammond is wanted for questioning in reference to this incident.