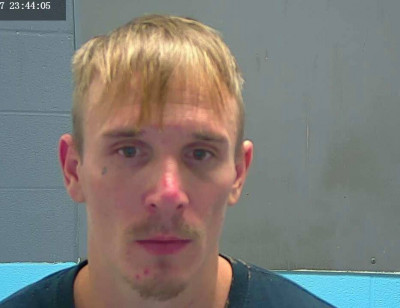 TPSO detectives are asking for your assistance in locating two subjects that are on the run.
Brothers Jordan Anthony, 32, and 26 year-old- Brice Anthony of Loranger, are wanted for multiple auto-thefts that have occurred throughout Tangipahoa Parish and Pike County, Mississippi.

So far, authorities have connected the subjects to the following criminal activity:
• January 24, 2021 – A white dodge was stolen from a dairy barn on South Lewiston Road in Kentwood, and one other stolen vehicle was reported from Jackson, MS.

• January 25, 2021 - Brookhaven, Mississippi Police received a complaint of a stolen white in color Dodge truck from a Dollar General store. Through surveillance video, authorities were able to ascertain that Jordan Anthony and Brice Anthony arrived at the Dollar General in Brookhaven in the white Dodge truck stolen from South Lewiston Road in Kentwood.

•January 27, 2021 - The Hammond Police Department engaged in a vehicle pursuit on the stolen white Dodge truck from Brookhaven, Mississippi - which led multiple agencies on a one- hour long pursuit that spanned from the city of Hammond to Pike County Mississippi and back to Loranger. The suspects, the Anthony brothers, subsequently crashed the stolen truck on Anthony Lane before fleeing on foot.

• February 2, 2021 - The Tangipahoa Parish Sheriff’s Office engaged in a foot pursuit with the Anthony brothers after an attempt was made to execute arrest warrants on the duo on Anthony Lane in Loranger. The suspects fled into a wooded area to elude arrest.

• February 5, 2021 - The Tangipahoa Parish Sheriff’s Office was notified by Washington Parish that a white in color Ford Ranger was stolen off of Robin Lane and the vehicle was heading in the direction of Highway 10 in Tangipahoa Parish. Washington Parish further advised that the suspect was Jordan Anthony. TPSO deputies canvassed the surrounding area and located the white Ford Ranger leaving a driveway on Olan Bankston Road. The subjects were unable to be taken into custody.
Jordan and Bryce Anthony are wanted by numerous Law Enforcement Agencies for their recent crime spree. They are also wanted for questioning in several other active cases.

Law Enforcement is also seeking the identity of a white female known to have participated in several of these crimes.
Anyone having information leading to the arrest of Jordan and Bryce Anthony are asked to contact Crime Stoppers at 800-554-JAIL. Sergeant Detective Jason Garbo is the lead investigator.