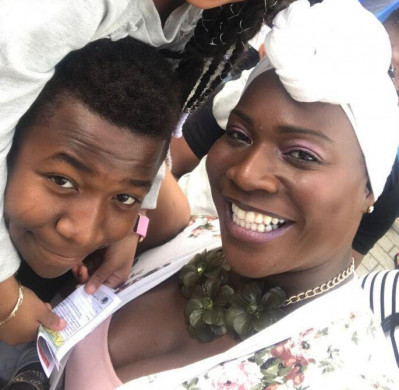 Sheriff offers up a total of $50,000 for information leading to an arrest in two separate cold cases.

As of today, the Tangipahoa Parish Sheriff’s Office is offering a $25,000 reward – in each case - for information that would bring those responsible to justice.

In the afternoon of November 14, 2012, Mary Alvarez was murdered while working at the nursery that was owned by her and her husband, Vic Alvarez. Not only was this a gruesome, senseless crime, but it's traumatic effect was compounded on the family because Vic Alvarez was the one who discovered that his wife had been shot, called 911 and attempted to render aid to her until the ambulance arrived.

On November 2, 2013, detectives received information from an informant that 49 – year-old Eric Selders, who is currently incarcerated on non-relateded charges, as the person who murdered Mary Alvarez. Selders remains in federal custody, however, he is still a person of interest related to this crime. We still need your help. The Tangipahoa Parish Sheriff’s Office is offering a $25,000 reward for information that will assist us in holding the one responsible for Mrs. Alverez’s death.

In another tragic event on December 23, 2018, around 6:30 p.m., a mother and son were shot to death inside of their residence on Labruzza Lane in Independence, LA.

42-year-old Daytra Miller and 13-year-old Robert West Jr. both lost their lives as a result of this heinous and senseless act by an individual(s) who are still out there walking the streets.

TPSO detectives continuously follow up on leads, verifying information, and re-examining the evidence to track down those responsible. “We still have detectives engaged on this case daily.," says Sheriff Edwards. “We won’t stop until we find those responsible,” he continued.

Sheriff Edwards is also offering a $25,000 reward for information leading to an arrest in this case. “The homicide cases involving the deaths of Mary Alzerez, Daytra Miller, and her son Robert West Jr. remain active investigations. Our belief is that in crimes of this nature, there's someone out there that knows something and we all urge them to come forward. Providing information, no matter how insignificant you feel it may be, cold tie pieces of the case together.”

Meanwhile, the detectives assigned to these investigations will continue to work diligently to provide answers for grieving family members. In the meantime, killers remain at LARGE. The TPSO is willing to pay to change that.