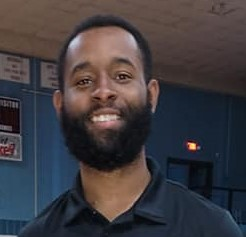 UPDATE- Hill has turned himself in to TPSO detectives at the Hammond Substation. Hill has been transported to the Tangipahoa Parish Jail for processing.

HAMMOND, LA – A Hammond High Magnet School teacher is wanted by the Tangipahoa Parish Sheriff’s Office after being accused of inappropriate and criminal conduct toward students through social media.

The school’s administration began looking into these allegations after 27 -year -old Assistant Basketball Coach and teacher Jonathan J. Hill, was accused of making contact with a student via social media – which is against school policy. On March 22, 2021, Hill was contacted and placed on administrative leave pending an internal investigation conducted by the school authorities into the allegation. As the internal investigation progressed, additional allegations surfaced leading the school’s administration to notify the Tangipahoa Parish Sheriff’s Office; this was done on March 25, 2021.

So far, three victims have bravely come forward. The sheriff’s office is asking anyone who has information related to this case or Hill, to please come forward. Please feel free to contact the TPSO by calling (985) 345-6150, or reach out to TPSO Detective Preston Bennett via email: [email protected]