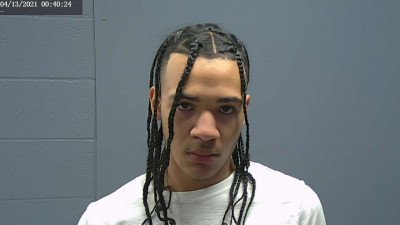 HAMMOND, LA - The Tangipahoa Parish Sheriff’s Office reports the arrest of two Hammond residents following an investigation into a residential burglary. The investigation began on April 12, 2021.

18 year-old Ravon Monteleone and 19-year-old Christian Warford were taken into custody and charged after they were identified as the alleged suspects in a residential burglary that occurred on Trippy Rd. in Hammond. Security camera photos captured the two males at the residence during the time the burglary occurred.

The suspects are accused of breaking into the Trippi Rd. residence, stealing $400 in cash, a PlayStation 3, and an Amazon FireStick. During the investigation it was determined the subjects gained access into the residence by breaching through a back door.

After identifying the subjects, detectives were able to locate and detain both males at Monteleone’s residence. As a result, one of the subjects subsequently confessed to the burglary and provided details consistent with evidence located at the scene during the investigation.

Both subjects were charged with burglary.