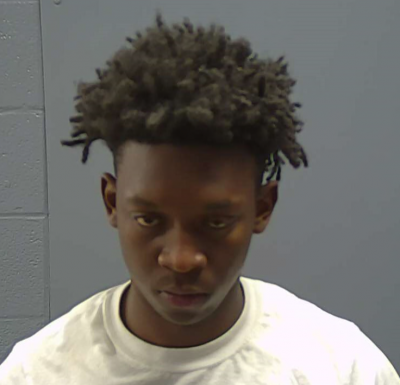 During the course of the investigation, it was learned two suspects went to a residence and fired multiple rounds into a trailer occupied by a woman and small children. As the investigation continued, detectives were able to positively identify two suspects responsible for the drive-by shooting, Arman Burnett Jr ., 19 years of age from Hammond and Laqontre Turner, 22 years of age from Tickfaw. Detectives suspect the motive in this incident stemmed from an ongoing dispute between local street gangs, ``Jungle Life Mafia" and "La Familia."

On April 26, 2021, the Tangipahoa Parish Sheriff's Office along with the Attorney General's Office, State Police, and Hammond Police Department were able to locate both Burnett and Turner at a residence on Woodhaven Road in Tickfaw. Burnett was later booked into the Tangipahoa Parish Jail on one count of Aggravated Assault by Drive-by shooting and one count of resisting an officer by flight on foot.

Turner was arrested on his outstanding warrant for Aggravated Assault by Drive-by Shooting as well as numerous felony warrants which include Second Degree Murder and two counts of Attempted Second Degree Murder. These charges stem from his involvement in the Trail Ride Homicide which claimed the life of 21 -year-old Zion Hutcherson of Baton Rouge. Turner has been on the run since the homicide, hiding out between Louisiana and Texas . Zion was an innocent bystander who was tragically struck by a bullet when two local gangs "La Familia" and "Purple City Boys" decided to exchange gunfire in an open field where hundreds of people were enjoying a peaceful gathering.

During this investigation, two residential search warrants were obtained and executed at locations connected to Turner on Woodhaven Rd. in Tickfaw. The search results yielded a large amount of illegal narcotics, heroine, numerous firearms, drug paraphernalia, and a large amount of US Currency.

The search of a white Chevrolet Colorado vehicle used by Turner to flee from authorities was also conducted. Approximately 100 grams of suspected marijuana and a handgun were seized from the vehicle.

Outstanding coordinated efforts were made by the TPSO and assisting agencies leading up to these arrests. Additional arrests relating to the homicide of Zion Hutcherson are forthcoming as the investigation is on-going.