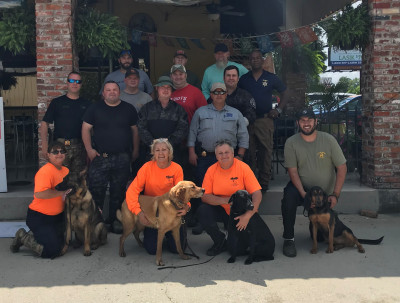 HAMMOND, LA - The Tangipahoa Parish Sheriff's Office reports that 81 year- old Earl Dunn of George Rd. in Hammond, who has been missing for the past five days, has been located alive. He was found around 1:30 this afternoon in a remote wooded area near his residence. Dunn was transported to a nearby medical facility for evaluation.

Normally, when an elderly person goes missing for five days, a happy ending is prayed for, however, it isn't always expected. Dunn was last seen at his home around 11:00 a.m. this past Friday. Since his reported disappearance, dozens of personnel, first responders, and volunteers invested hundreds of man-hours in the search and rescue operations by use of helicopter, drone, ATVs, search and rescue dogs, horses, boats, and by foot.

The sheriff's office uniform patrol and reserve deputies, detectives, TPSO’s mounted team, and surrounding Fire Departments searched neighborhoods, combing through the woods, waterways, and surrounding areas throughout the weekend. Livingston Parish Sheriff’s Office air support conducted aerial searches of the area, and for the past two days, tracking dogs from Louisiana Search and Rescue (LA S.A.R.) were also actively searching for Mr. Dunn, which all produced negative results until today.

Early this morning search crews, including a West Monroe volunteer Zach Stephens and his canine Ruby, gathered on George Dr. as search efforts continued. Shortly after 1:30 p.m. today as Lt. Jacob Schwebel, Zach Stephens, and K9 Ruby were searching a heavily wooded area about 400 yards from Dunn’s residence, they observed him lying on his back in several inches of water. As the team approached Dunn, emotions ran high as they discovered he was alive and coherent.

Since the time Dunn was reported missing, the Tangipahoa Parish Sheriff’s Office remained in constant contact with his family, updating them on the progress of the investigation every step of the way.

The coordinated efforts between these agencies are truly commendable. “This search was truly an all-hands-on deck effort,” said Chief Jimmy Travis. “The cooperation of the workers, volunteers, and family members resulted in a life being saved. You can’t ask for anything better.”